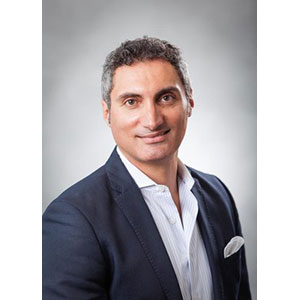 The Burlington, Ontario-based developer has installed a leader in green building as its new Vice-President of Sustainable Development.

“It’s a new role,” Alsayed said. “We want to position ourselves as the leader in the industry in sustainable community development. We want to do this in a way that creates a business case for building cost-effective sustainable homes.”

Alsayed, who began his job in late January, was reluctant to share details of the company’s sustainability direction, saying it was too early to discuss any plan they might have, adding, “We’re figuring this out as we speak.”

But he noted that the fact the company created his position and hired him to fill it speaks to where Mattamy is headed and the importance both the firm and its founder and CEO, Peter Gilgan, place on the role.

Alsayed is an expert in Net Zero innovation

“It’s a high-profile role,” Alsayed said. “It’s supposed to accomplish a lot and transform our product delivery in the industry.”

Alsayed admitted he’s “extremely excited” about his new post. “You have no idea. These kinds of things we’re about to do are transformative in the industry.”

“They definitely require a leadership like Mattamy’s: Supportive, progressive, open-minded. They have the vision for where this is going.”

A hint of where Mattamy may head could come from Alsayed’s background. He’s an expert in Net Zero innovation, working most recently with Tridel Corporation as their innovation manager.

Alsayed acted as the director of projects with Tower Labs @MaRS, Tridel’s non-profit that focuses on accelerating the adaption of green building technologies and practices. There, he initiated and led pilot and demonstration projects in high-rise buildings.

He is also a professional engineer, LEED accredited professional and a certified energy manager. Alsayed holds a Bachelor of Science Degree in Mechanical Engineering from the University of Jordan and an MBA from the Ivey Business School.

“His extensive technical and business skills and varied background will serve Mattamy well as we embark on an exciting journey to position ourselves as an innovator and industry leader in sustainable development,” Gilgan said.

With the building of a single home, Gilgan founded Mattamy in 1978. Gillian studied home design concepts from across North America. The then growing movement known as New Urbanism caught his attention.

New Urbanism called for homes that are more individual in their character, designed into friendlier communities with integrated green spaces, and with more consideration given to pedestrians than cars.

Working with that idea, Mattamy came up with a community design that configured lots by width and not depth.

“The wider home designs allowed for the garages to be recessed into the homes’ facades and for the return of front porches, greatly enhancing curb appeal,” according to a 2012 article in The Toronto Star.

The WideLot homes proved so popular that it quickly helped elevate Mattamy into Canada’s largest builder of new homes.

Mattamy continued to grow in 2016

Since then the company has built more than 75,000 homes in communities across North America and employs 1,350 people.

The firm’s target market includes first-time buyers and move-up families, as well as the empty-nester and second-home segments.

“The hard work and tremendous dedication of our people showed in the details of the year-end numbers, as we sold and closed a record number of homes last year, from 15 different operating divisions.

“These strong financial results lowered the company’s debt ratios and our large backlog gives us more predictable results heading into fiscal 2017. We are looking forward to building on our success.”